This is an oak log arriving for processing at our Sewstern Sawmill from Denmark recently. 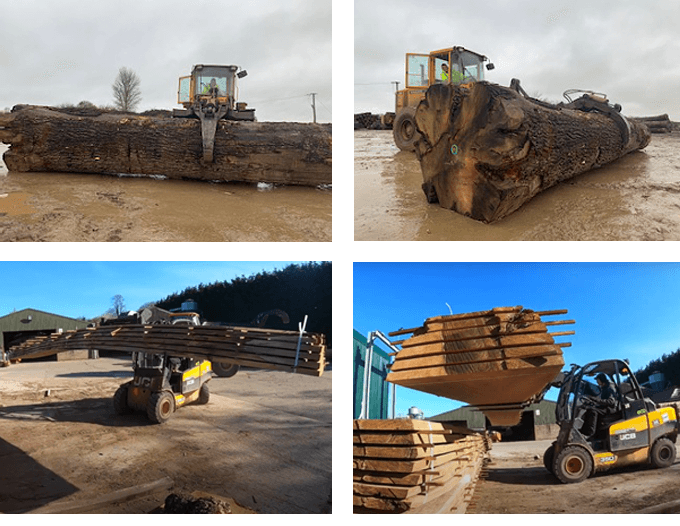 
It was probably planted around 1810, when the then Crown Prince Frederick demanded that oak should be planted to rebuild the Danish naval fleet that had been destroyed following English invasions of Denmark (1801 and 1807) in order to prevent Napoleon from using the Danish fleet to invade Great Britain.

In 2001 (the anniversary of Nelson’s capture of the Danish fleet) foresters wrote to the current monarch Queen Margrethe II, advising her that the oak to rebuild the fleet were now ready to be felled. As the Queen didn’t need a new fleet some of these oaks come to the market now and then.


Our log’s diameter was 120cm which is unusual from Denmark, but not for British logs. The result of our sawing is very high quality, very wide and long (7.5m) European oak boards.


It had been our intention to invite interested foresters to watch the log being sawn and to compare its quality with British logs of a similar diameter... but shorter in length. Covid-19 prevented this happening, but we filmed the occasion at our Sewstern Sawmill recently which can be viewed via this link: https://youtu.be/TBTlBEbUCYo